Acting Executive Director and Board Member

Tim is an actor/writer/producer and was the catalyst and president of the Canadian Comedy Awards from 1999 – 2016.  He is an honour's graduate in Political science and has completed the Rotman school of business Governance essentials for Not for Profits.

He has produced Festivals, created touring exhibits and raised over 5 million dollars to support the Canadian Comedy Awards and the establishment of the original Canadian Comedy Hall of Fame.

Tim toured as a sketch and Stand-up comic for over 30 years.  He has been a regular on three series (The adventure of Sinbad, Super Rupert, and Crawford), gust starred in many established shows like Schitt’s Creek and Kim’s Convenience and has executive produced hundreds of hours of television including award winning specials for CMT, CBC and the Comedy Network.

His has handled PR accounts for Molson’s, Pirelli tires and Air Jamaica. 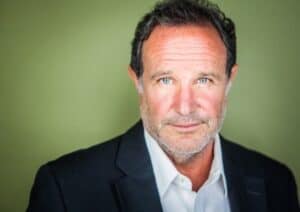 "The Fabulous Kenny Robinson" is a living legend on the Canadian Comedy scene.

His irreverent, socially conscious, intelligent, opinionated, and profane style of comedy has made him a fixture and favourite with comedy clubs, festivals, swingers conventions, radio, and television audiences for 4 decades.

Many of the country's brightest young comics have claimed "The Fab" as a mentor and influence, including Russell Peters, Mike Wilmot, and Darren Frost.  His “Nubian Desciples” live show has launched many careers and Kenny has produced these events for over 25 years.

The Winnipeg born, Chicago bred Robinson has hosted The Gemini Awards and was twice nominated for his writing and performance in his groundbreaking one-hour special "Thick and Thin" on the CBC.  Kenny has earned accolades as the creator, writer, producer, and host of the edgy late-night series "After Hours with Kenny Robinson" on The Comedy Network. His episode of the CBC's Comics has been referred by The Toronto Star as "One of the few episodes that still stand with the test of time.”

As an actor Kenny has appeared in such films as "Third Miracle" with Ed Harris, "Down To Earth" with Chris Rock, Clement Virgo's "Love comes Down", and David Sutherland's "Love, Sex and Eating the Bones."  Robinson has appeared on the CBC's "Royal Canadian Air Farce", Showtime's "Soul Food", and has a wide fan base from his re-occurring roles as "Jellybean" on PAX series "Doc", starring Billy Ray Cyrus, and as "Mickey" on the teen fave "Radio Free Roscoe" on the "Noggin' Network.

Internationally, Kenny has performed in South Africa, The UK, (Paramount Presents World Comics) and Carnival Cruise Ships’.  In 2015, Kenny was the winner of THE PHIL HARTMAN AWARD at the CANADIAN COMEDY AWARDS, for his lifetime achievements and contribution to the Canadian Comedy Industry. 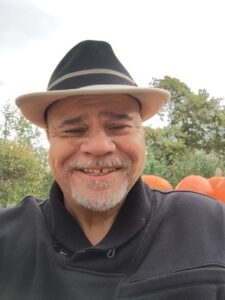 Rick Wharton.  Performing on stage, television, screen, and radio.  Wharton is a Second City Toronto alumnus performing with both the touring company and under study for main-stage productions.  For five years, Space: The Imagination Station viewers enjoyed Rick's character “The Conspiracy Guy” which was nominated in 2002 for Best Male Performance for the Canadian Comedy Awards.  Rick was nominated again in 2006 for best male improvisor at the Canadian Comedy Awards.  Rick was also the winner of TMN'S Stand-up “The Next Jerry Seinfeld” Award.  Wharton's concept touring show, The Canadian Comic Witness Protection Program showcases not only Rick but other Canadian comedians who perform both improv and stand-up.  High energy live performance on stage for private corporate functions, soft seaters, and clubs.

Actor, Comedian, Director- Producer and Radio personality.
Currently residing the last 9 years at Festival Hall as Director.
Revitalizing the theatre in Pembroke with over 20,000 patrons each year. 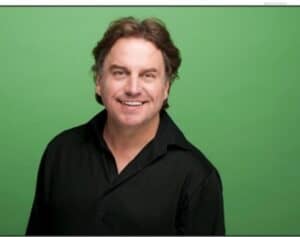 Jim Slotek is a former Toronto Sun columnist, movie critic, TV critic and comedy beat reporter who covered Montreal’s Just for Laughs festival for 20 straight years.  He’s been a scriptwriter for the NHL Awards, Gemini Awards, and documentaries, and was nominated for a Gemini Award for comedy writing on a special (the NHL Awards). 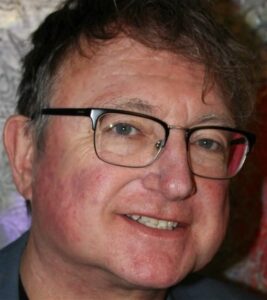 Mladen Raickovic is a successful entrepreneur and leader in the Canadian advertising technology industry. Currently Mladen is Head of Global Partnerships for Google Canada where he leads partnerships between Google and Canada’s largest media companies.

Prior to Google, Mladen co-founded Performer Media in 2004, a Canadian online advertising network that was acquired by Torstar and subsequently launched as Olive Media in 2006. He held several key roles at Olive Media, but most recently served as General Manager of Programmatic Media where he was responsible for managing their programmatic advertising and performance marketing divisions, all technology infrastructure, product and commercialization.

In 2013 Mladen became Global General Manager of AdParlor, a leading global social advertising technology company and one of Facebook’s top 10 global marketing partners. As Global GM, Mladen was responsible for managing over 100 people across 4 offices (including sales, operations, engineering and finance) and led the overall strategy for the business.

In addition to his professional work experience, Mladen has contributed significantly through various volunteer roles over the past 12 years. In the online advertising space Mladen was Chairman of the Board and President of The Toronto Advertising Club and led various committees on behalf of the Interactive Advertising Bureau. Mladen currently sits on the board of directors of The Parkdale Centre for Innovation an organization dedicated to making the innovation economy inclusive and accessible for every underserved entrepreneur across Canada. 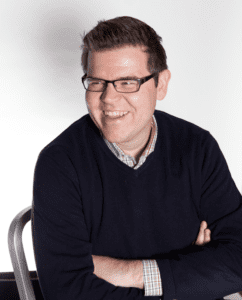 Co-Created and Produced with John Hirsch the Musical Revue “Flying” for The Sands Atlantic City Casino.

Our production of Off-Broadway hit, One Mo’ Time which had a very successful run at the Village Gate Theatre in New York, was Produced and presented in our new venue, The Village Gate North Toronto for a highly successful 15 month run.

Pat Kenny and Catherine went on to present a one-of-a-kind Dance Club and concert venue in Toronto. The Diamond Night Club which was one of the largest in Toronto. 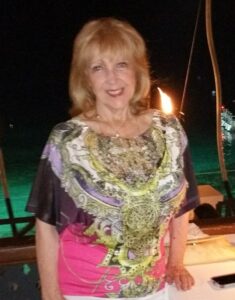