Rich Little (inducted 2001) The Man of a Thousand Voices

Little says, “An impression is what you think a person sounds like. It could be an exaggeration or a cartoon. It’s your impression. I think of an impersonation as more of an exact copy. Knowing the person personally is not important; it’s knowing the speech patterns and mannerisms [in order] to imitate the person the way the public sees him.”
It took him seven years to perfect Frank Sinatra, but only several minutes to mimic Dr. Phil.

Perhaps his biggest booster was President Ronald Reagan who said “Rich does a better me than I do”.

The son of a doctor in Ottawa, Little started his “career” at the age of 12 when he answered back to his teachers in their own voices. Observing the teachers in action was infinitely more fun than paying attention to class work. To get dates, he’d find out a girl’s favorite actor, then call her up imitating that actor’s voice. Then when Little showed up, he’d say, “Sorry, Cary [Grant] can’t make it.” This stopped when a girl told him her favorite was Lassie.

Little’s first appearances were in a small club in Canada. “I got booked into this place in Quebec, and when I started my act, I discovered that no one in the audience understood English. It was strictly a French-speaking audience.” He figured he was dead until an inspiration hit him. “I did walks – Jack Benny’s walk, Bob Hope’s walk, John Wayne’s walk. They all walk the same in any language,” he recalls.

Impressions came in handy to Little while working as a disc jockey and talk show host at CFRA in Ottawa. During one April Fool’s Day marathon, he had “Jimmy Durante” emcee the morning show, “Julia Child” do a cooking show and “Elvis Presley” host a teenage show. Like the infamous 1939 broadcast of War of the Worlds, 500 autograph-hungry Elvis-believing fans besieged the station, thinking the King was really there. When they found out it was Little, the fans started throwing things at him. 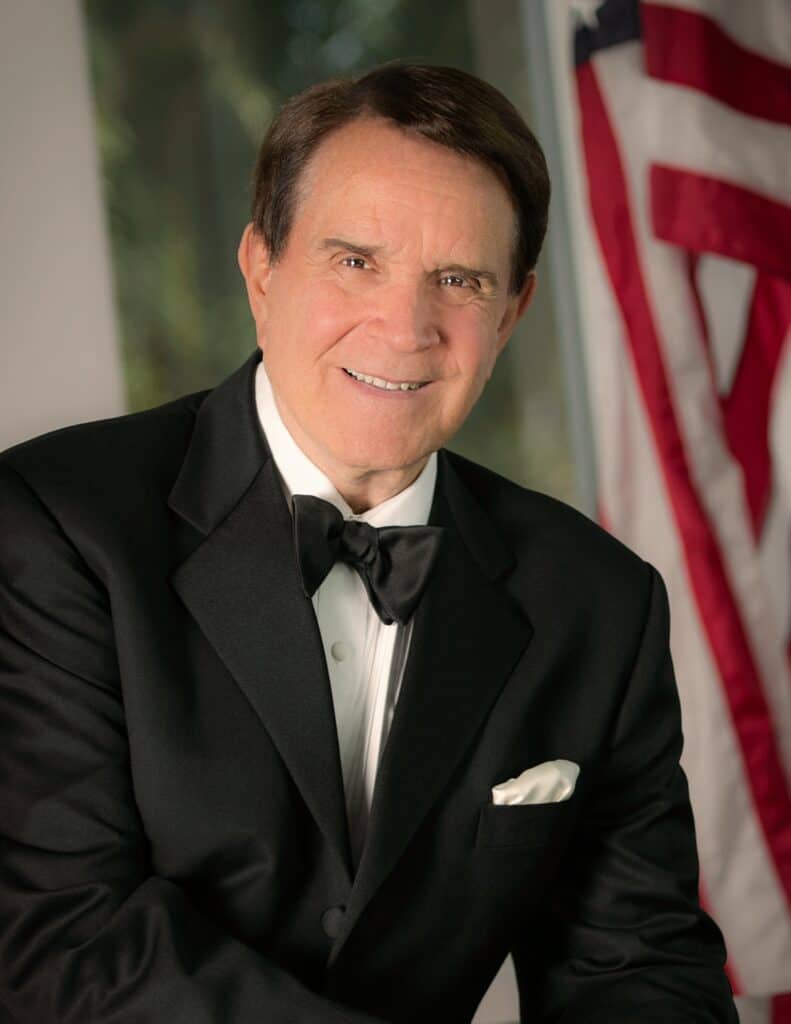 Still in his early 20s, Little was discovered while working in the United States. His friend, singer Mel Torme, then on the musical team of CBS network’s The Judy Garland Show, asked him to make a tape. Instead of the usual impressions, Little did voices nobody did, including Alfred Hitchcock, Orson Welles and Dennis Weaver. Garland thought it was great, the shows writers Peppiatt and Aylesworth were Canadian, and Little was signed to the show. In his first appearance he did his James Mason impression with Garland who had recently starred with Mason in a Star is Born.

Appearances on TV variety shows starring Ed Sullivan, Jackie Gleason, Glen Campbell and Dean Martin followed, as well as on series such as Laugh-In, The John Davidson Summer Show and as a regular on The Julie Andrews Show. Little also had his own variety show in the 70s and was the star of the TV show KopyKats. In addition, he appeared in 24 Dean Martin celebrity roasts.

Little was a guest host early on for The Tonight Show, hosting 12 times. He quickly became a household name sitting in one of the Hollywood Squares and went on to do The Muppet Show.

Named “Comedy Star of the Year” by the American Guild of Variety Artists, Little was the perpetrator of nine comedy albums and three HBO comedy specials, as well as the Emmy-award winning specials Rich Little’s Christmas Carol with “W.C. Fields” as Scrooge, “Humphrey Bogart” as one of the ghosts and “Paul Lynde” as Bob Cratchit.