"To recognize, celebrate, promote and preserve Canadian achievements in comedy."

"To recognize, celebrate, promote and preserve Canadian achievements in comedy."

There IS a lot to love about John Candy, both on the big and small screen. To fans of SCTV, he was the larger-than life TV host Johnny Larue, polka master Yosh Schmenge, horror show host Dr. Tongue and Melonville mayor Tommy Shanks.

In theaters, John was synonymous with classic comedies. From his scene-stealing breakthrough roll in Stripes with Bill Murray to his magnetic chemistry with Tom Hanks in Splash. Not to mention his iconic roles in Cool Runnings, Spaceballs, Uncle Buck, and Planes, Trains and Automobiles. John even crossed over to drama in the films Only the Lonely and  Oliver Stones’ JFK.

His love for his hometown was yet another thing to love about John Candy. As a Co- Owner of the Toronto Argonauts, the team would go on to win the Grey Cup in 1991 under his ownership.

Born in Newmarket, Ontario and raised in East York, John Candy initially studied journalism at Toronto’s Centennial College, but acting connections saw him cast in small roles on the Canadian shows Police Surgeon and Dr. Zonk and the Zunkins.

In a sitcom called Coming Up Rosie, with Rosemary Radcliffe, Candy found himself performing alongside future comedy mates Catherine O’Hara and Dan Aykroyd. But it was his acceptance onto the mainstage of the new Toronto Second City company that marked his big break. Members of the Second City company (including O’Hara, Andrea Martin, Martin Short, Eugene Levy, Joe Flaherty, Dave Thomas and Rick Moranis) would form the cast for Second City Television, a.k.a. SCTV, a phenomenon that chugged along as a cult independent sketch series before being acquired by NBC and marketed as an alternative for Saturday Night Live.

After some 43 movies,  Candy passed away at the early age of 43, while on location in Mexico for the movie Wagon’s East. Candy’s death shocked a nation. A special memorial program produced by his friends was broadcast nationally in Canada.

He is survived by wife, Rosemary Hobor and their two children, Christopher Michael and Jennifer Anne. John Candy lays in rest at Holy Cross cemetery in Los Angeles California.

Candy was inducted onto Canada’s Walk of Fame in 1998.

Along with his SCTV cast-mates, Candy was nominated for nine Emmys for Outstanding Writing in a Variety or Music Program, winning twice.

In 2006, he became one of the first four entertainers to be immortalized on a postage stamp by Canada Post as part of its Canadians in Hollywood offering (the others being Fay Wray, Mary Pickford and Lorne Greene).

While hosting the 2016 Canadian Screen Awards, host Norm Macdonald suggested on live TV that the trophy be nicknamed “The Candy,” a suggestion repeated by others throughout the show. The family welcomed the idea. 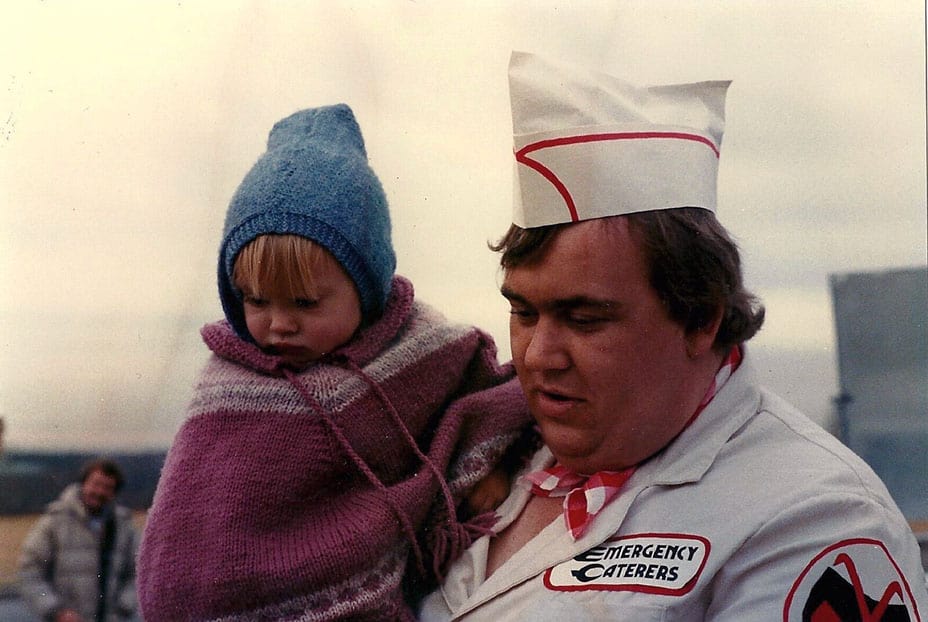 © 2022 Copyright. All rights reserved by the Canadian Comedy Hall of Fame.